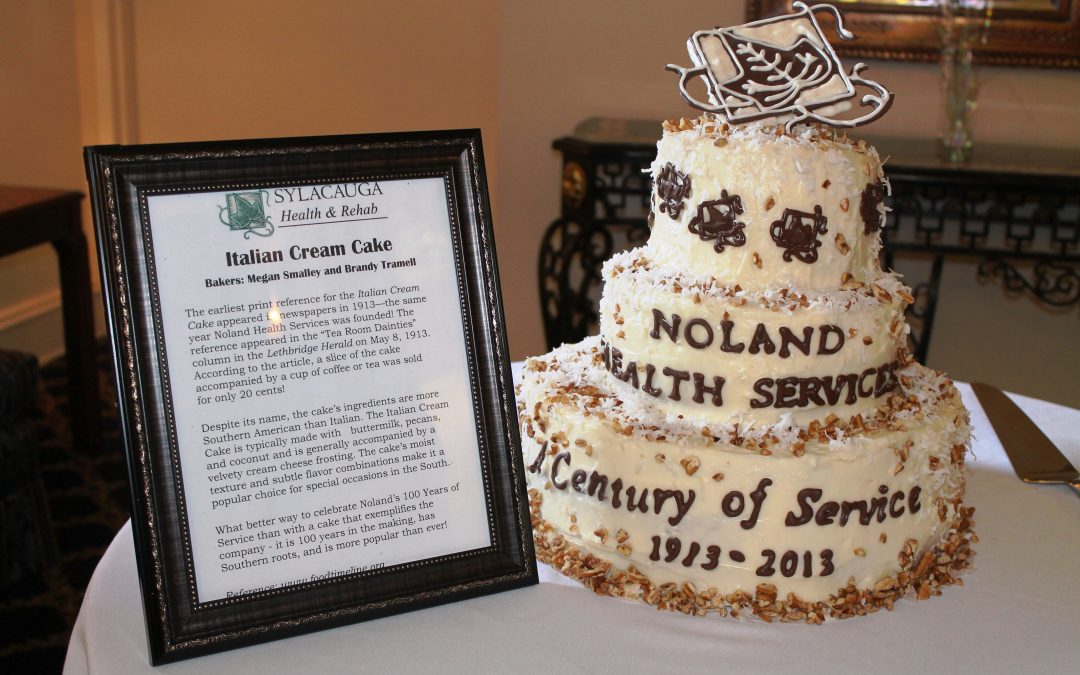 A panel of judges included NBC 13’s Mike Royer; Janice Ritter, Test Kitchen Director for Hoffman Media (publisher of Taste of the South Magazine); and Anita Smith, author of The Lloyd Noland Story.  A “Grand Prize” was awarded for the judges’ selection. The audience also had the opportunity to taste and view the entries, with an “Audience Choice” award also given.

In the end, the Oaks on Parkwood entry was selected as the grand prize winner, with the Oaks and Greenbriar tying for audience choice. “The cakes were not only beautiful, but delicious as well. I was so impressed with the thought and execution that went into representing the anniversary theme, and the food services teams were so articulate in telling the stories of their cakes.  It was a great event,” said Judge, Anita Smith.

Throughout the year, Noland will be celebrating “A Century of Service” with employees, residents, families and friends, referral sources, vendors and community at large. The year will feature a series of promotions and anniversary recognition events.